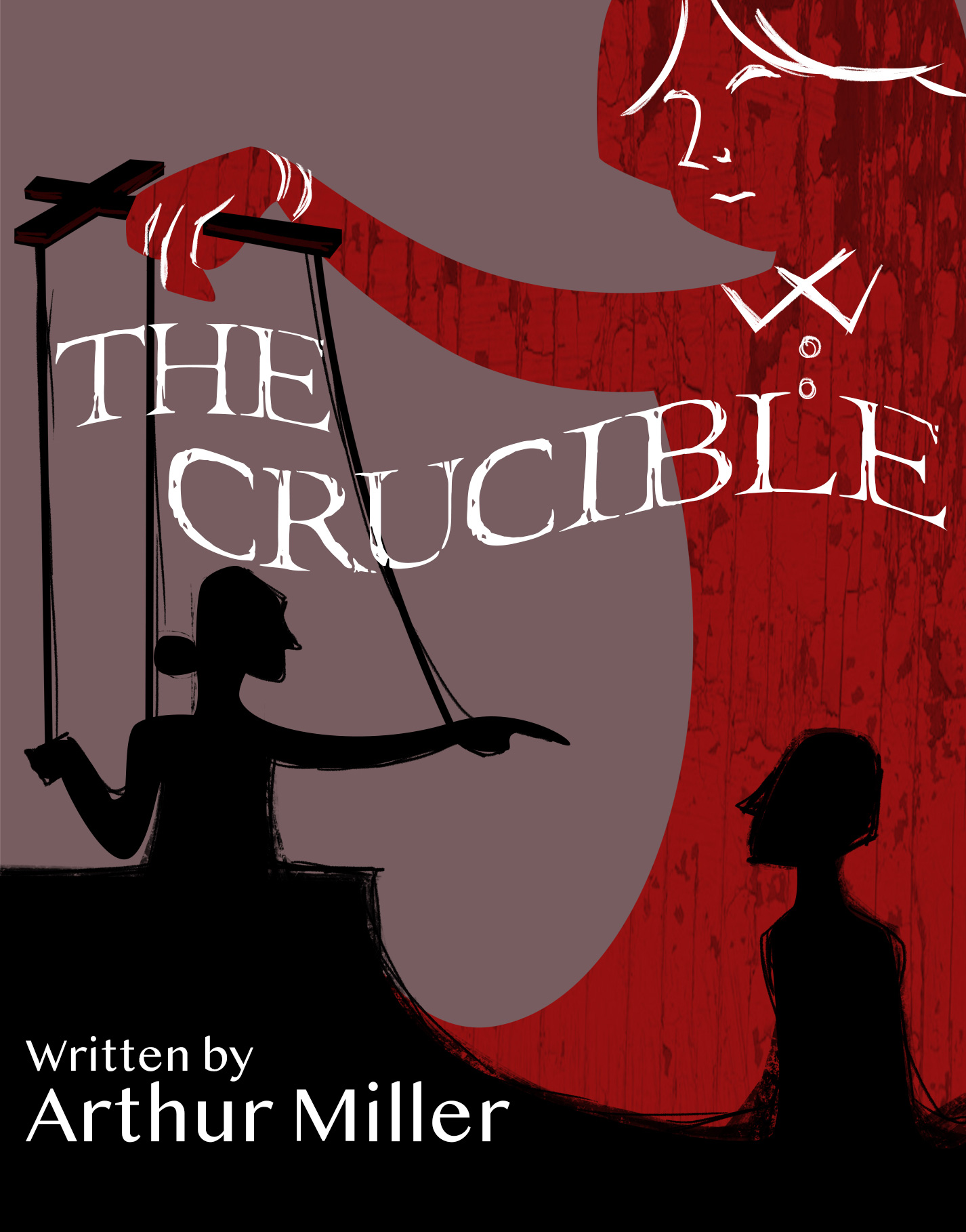 Act one begins with Reverend Parris praying over her daughter, Betty Parris, who lies unconscious on her bed. Through conversations between Reverend Parris and his niece Abigail Williams, and between several girls, the audience learns that these girls, including Abigail and Betty, were engaged in occultic activities in the forest lead by Tituba, Parris’ slave from Barbados. Parris caught them and jumped from a bush startling the girls. Betty fainted and had not recovered. During this session, Abigail drank chicken blood to kill Elizabeth Proctor. She tells the girls that she will kill anyone who mutters a word about what happened. The townspeople do not know exactly what the girls were doing but there are rumors of witchcraft.

John Proctor enters the room where Betty lies faint. Abigail is still in there and she tries to seduce him. Proctor is a farmer who has had an affair with Abigail a while ago, but now he wants to forget it.

Reverend John Hale is summoned to look upon Betty and the research the incident. He is an expert in occultic phenomena and he is eager to show his knowledge. He questions Abigail who accuses Tituba as being a witch. Tituba, afraid of being hanged, confesses faith in God and accuses Goody Good and Goody Osborne of witchcraft. Abigail and Betty, who has woken up, claim to have been bewitched and confess faith in God. They name several other people whom they claim they saw with the Devil.

Act two begins eight days after the discussion at Parris’ house. Between act one and act two, Deputy Governor Dansforth came to Salem to oversee the court proceedings. Fourteen people have been arrested for witchcraft, and there is talk of hanging. Elizabeth Proctor asks John to go to the court and testify against Abigail and the other girls. John doesn’t want to get involved. There is tension between Elizabeth and John since Elizabeth has not forgiven John for the affair. Marry Warren enters. She was in court testifying against the townspeople. She gives Elizabeth a doll which she has made in court. In the middle of their discussion, Hale enters to question John and Elizabeth, suspicious of witchcraft. Later, Giles Corey and Francis Nurse enter to seek advice after both their wives had been arrested. Next, the marshal arrives with a warrant for Elizabeth’s arrest. Elizabeth was accused by Abigail for stabbing Abigail with a needle through a doll. John Proctor protests but Elizabeth is taken away in chains. Proctor demands Mary that she goes to court and testify against the girls. He vows that he will fight the proceedings, even if it means confessing his own adultery.

Act three takes place in court. Francis Nurse, Giles Corey, and John Proctor present their case against the girls to Deputy Governor Dansforth and Judge Hathorne. Proctor presents a petition signed by 91 people testifying to the good character of their wives, and Dansforth issues warrants for the questioning of all of them. Corey charges Putnam on inciting his daughter to accuse Corey of witchcraft in order get his land. Corey has a witness but will not name him for fear of getting the man arrested. Corey is arrested because of contempt of the court.

Proctor presents his case and a deposition by Mary Warren saying that she never saw the devil or any spirits. Abigail says that Mary is lying and she and the girls pretend to be bewitched by Mary. Proctor, frustrated at the gullibility of the court, grabs Abigail by the hair and exclaims to everyone that she is a whore confessing that he had an affair with Abigail. Elizabeth is brought in to be questioned about whether this is true. Elizabeth tells the court that John Proctor never had an affair with Abigail in order to save his name, however, this destroys Proctor’s testimony. Mary crumbles under the peer pressure and returns to Abigail’s side, accusing Proctor of being a witch. The girls pretend to be bewitched by Proctor. Proctor accuses Danforth of being afraid to reveal the truth. Dansforth acts more to keep the reputation of the court rather than for justice. Reverend Hale now sees the evil in the court and denounces the proceedings. Proctor is arrested.

Act four begins in prison where Sarah Good and Tituba wait to be hanged. They have gone insane and believe that Satan will take them both to Barbados.

There is rumors of an uprising in a nearby town due to similar witch trials. The townspeople are afraid of a similar riot in Salem.

Hale and Parris are now terrified. They go to visit the innocent people in the jail and beg them to make false confessions in order to save their lives. Hale believes that the blood of the people who are being hanged is on his hands. He asks Elizabeth, who is now pregnant, to tell John to confess to save his life but Elizabeth will not. While Elizabeth is talking to John, she tells him that she has forgiven him of his affair and tells his that he can do as he will. John Proctor confesses that he is a witch, but will not say the others are. After a few moments, Proctor is fed up with the court, tears up his confession, and goes out to be hanged with Rebecca Nurse. Hales pleads that Elizabeth ask Proctor to confess, but she says, “He has his goodness now. God forbid I take it from him!”