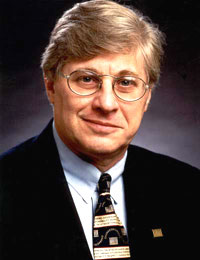 Michael Josephson, founder and president of Josephson Institute, is one of the nation’s foremost ethics consultants to major corporations and government officials. Having led more than 1,000 ethics programs for over 100,000 leaders in business, government, the media, law enforcement, and education, Mr. Josephson possesses unmatched expertise in the practical application of ethics and a uniquely engaging presentation style. Business clients such as Kroger, ITT, Johnson & Johnson, and Proctor and Gamble, as well as clients in the public sphere such as the FBI, the IRS, the U.S. Army, the U.S. Olympic Committee, DAU at the Department of Defense, and the California Commission on Peace Officer Standards and Training have depended on Mr. Josephson’s expertise for business ethics services. Hundreds of city and county public administrators and law-enforcement professionals who have attended his customized training seminars have come away inspired and enriched. Through the Institute, Mr. Josephson has also launched several successful national youth initiatives including CHARACTER COUNTS!, the nation’s leading character-education framework that reaches six million children through a widespread partnership of schools and service organizations. Virtually every U.S. athletic organization endorses Pursuing Victory With Honor, the Institute’s sportsmanship campaign. For his achievements in character education and ethics, Mr. Josephson received the America’s Award in 1995 from President Ronald Reagan. In 2000, he was named to the Bush-Cheney Transition Advisory Committee as a nonpartisan character-education expert. Major news media often call on Mr. Josephson for his perspectives on current events. He was the lead expert on a “Prime Time Live” special on cheating. He has also been featured on “Nightline,” “ABC World News Tonight,” “The Today Show,” “Fox News Live,” “CBS Evening News,” “The O’Reilly Factor,” “Heartland,” “Lou Dobbs Tonight,” “ESPN Sports Zone,” and in Time magazine. A popular commentator and author, Michael speaks to listeners daily through his Gabriel Award-winning radio spots, which air on KNX-1070 and other stations as well as on the worldwide American Forces Network. He also regularly contributes articles to The Bench, the journal of the California Judges Association. His books include The Best Is Yet to Come, You Don’t Have to Be Sick to Get Better!, Parenting to Build Character in Your Teen, Preserving the Public Trust, and Becoming an Exemplary Peace Officer. Retired from his highly successful dual careers as law professor and publishing entrepreneur, Mr. Josephson works as a full-time volunteer for the Institute. All revenue from his programs and services go to support the nonprofit, nonpartisan Institute and its mission — to create a world where decisions and behavior are guided by ethics.