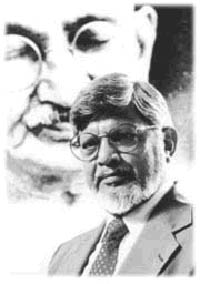 Activist and diversity speaker Arun Gandhi is the founder of the M.K. Gandhi Institute for Nonviolence and the grandson of the legendary peace fighter and spiritual leader, Mohandas Gandhi. Born and raised in apartheid-era South Africa, Gandhi was sent to India when he was 12 to live with his grandfather, where he observed firsthand the profound national campaign for liberation through nonviolent means.

Following his visit to India, Arun Gandhi went on to lead successful economic and social reforms in India. He then came to the United States, where he and his late wife Sunanda founded the M.K. Gandhi Institute for Nonviolence. The Institute’s goals are to further the study and practice of nonviolence while also providing a unique source of information about Mohandas Gandhi and his work. By continuing his grandfather’s legacy, Arun Gandhi has been able to provide insight into one of history’s most influential leaders and has continued to stress the importance of nonviolence across the globe.