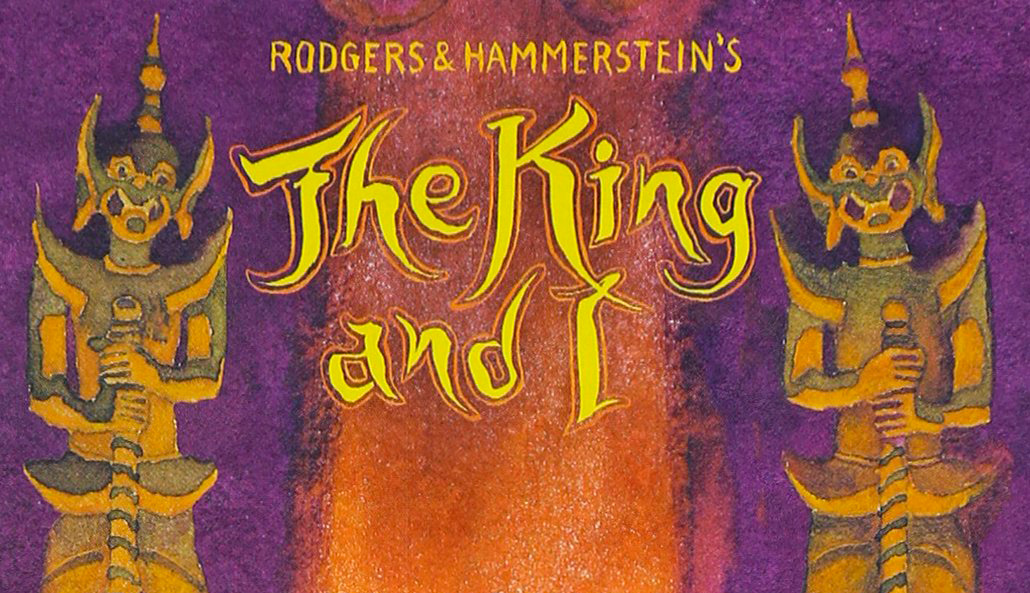 The King and I

Mrs. Anna Leonowens, a widow from Wales, arrives in Bangkok with her young son to teach English to the children of the royal household. The King eventually honors his promise of a suitable house. He also very much wishes to absorb western knowledge, but is sometimes conflicted over how to reconcile western ways with his own. His efforts to do this, unacknowledged even by himself, are further hindered by his minister, who wishes to keep Western influence out of the court.

Meanwhile, a new (literate) slave for the king named Tuptim — a gift from the king of Burma — befriends “Mrs. Anna” and borrows her copy of Uncle Tom’s Cabin. She transforms it into the Siamese ballet Small House of Uncle Thomas, which is presented amidst the welcoming of emissaries from Great Britain, making it clear she is unhappy being a slave to the King. After the performance, when she tries to escape with her lover Lun Tha, she is apprehended. Anna urges the King not to beat the girl; he states he will do so anyway but finds himself unable to (presumably due to Anna’s influence on him) and he hides himself away and declines in health. In the play, it is strongly implied that both Tuptim and Lun Tha are put to death, but in the 1956 film version of The King and I, it is suggested that only Lun Tha is killed.

Anna, thinking that she can no longer be of any use, is just about to leave Siam when she is told that the King is dying. She decides to stay in order to help his young son, Prince Chulalongkorn to rule the people of Siam.