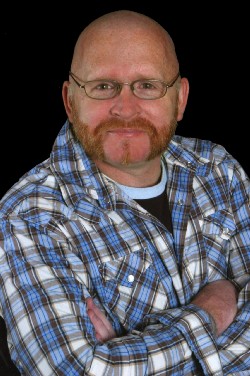 Turning Away from Hate

TJ grew up in a close-knit Irish-Catholic family in Fontana, CA. Life began to unravel for him when his parents got divorced, and he began listening to punk rock and venting his rage by slam-dancing and fighting at weekend concerts. His violent behavior attracted the attention of local skinheads, and soon he started his own skinhead group in Redlands, CA, at the age of 15. At 21, TJ joined the Marines and his role as a leading recruiter, organizer and propagandist for the white supremacist movement increased. He spent more than 15 years as a leader in the neo-Nazi movement, even marrying a woman deeply committed to the movement and raising two young sons in a hate-filled environment.

Today, TJ has turned away from the hatred that defined his life for so long. He is the one of the few known former skinheads who has left the movement and retained his own name. He worked for more than five years for the Simon Wiesenthal Center teaching on the culture of hate and the importance in fighting back against it. He was invited by President Clinton to be a featured speaker at the White House Conference on Hate, and he has trained at the Pentagon, the FBI, military bases and for numerous law enforcement agencies. TJ has also testified against individuals on trial for hate crimes. Although he has received death threats and must take extraordinary measures to protect himself from his former friends, TJ is committed to being a fierce advocate for the importance of appreciating the differences in all people.

In his campus keynote, Turning Away from Hate, TJ tells his remarkable story and explains his transformation. He helps students understand the harmful culture he escaped and why he is so committed to fighting it today.

TJ has worked for the Simon Wiesenthal Center in Los Angeles for over five years as a member of their anti-hate task force. He has been featured in Time Magazine, an episode of CBS’s “48 Hours” and several episodes of the “Gangland” series on the History Channel. He is one of the nation’s most powerful spokespersons for tolerance.