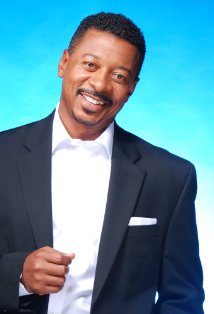 Townsend was born in Chicago, Illinois, the son of Shirley (née Jenkins) and Robert Townsend. Raised by a single mom of four children on welfare, Townsend overcame his adversities to be at the top of the entertainment business. He is a revered and talented actor, comedian, writer, producer, director, and network programming CEO. He has two daughters: Sierra and Skylar, both following in his footsteps as an entertainer. He also has a son named Isiah and spending quality time with family is important, despite his demanding schedule. As a pioneer in the 1980’s, he is often described as “Godfathers of the Independent Film World.”

In his younger years, Robert was fascinated with television. He watched it and studied it tirelessly. He also practiced impersonation characters on television and possesses remarkable talent to act out scenes.

During a reading of Sophocles’ Oedipus Rex at school, Robert captured the class and effortlessly transformed into a character which captured the attention of Chicago’s X Bag Theatre. His start began at the Improvisation and launched his career as a comedian. Soon after the transition from being a comedian to an actor in movies was a smooth and easy one.