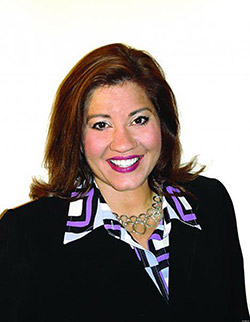 Seven years ago Pam Stenzel grew weary of hearing the phrase, NOBODY TOLDME!! After years of counseling young girls who found themselves in crisis pregnancies, Pam began to realize that so many were completely unaware of the risks involved with sexual activity, and that many had never been told about all the consequences of their choices. That was the inception of Pam’s life as a speaker, but Pam Stenzel’s story started years earlier.

In 1964 a fifteen-year-old girl was raped, became pregnant, and decided to carry her unborn child to term. Five months after the baby girl was born, in an act of courage and love the young mother provided her child a better environment by giving her to an adoptive family. That child was Pam Stenzel. She is the oldest of 8 children… 7 adopted…1 biological, and her extended family includes 38 adopted children in all.

Following her graduation from Liberty University with a degree in Psychology, Pam moved to Minneapolis, MN where she began to work with New Life Family Services, and young girls who were planning to place their children for adoption.

Pam was approached by a group of concerned parents, to develop a two-hour program for the Rally for Life 1992, a conference on sexual abstinence. She developed the program by mixing media and music, her own talk, and the testimonies of young girls. The response of students, parents and the community was so overwhelming that Pam began to get numerous requests to speak all over the Midwest.

In 1993, Pam’s talk Sex Has a Price Tag was produced as a video. No one was prepared for the explosive response. Pam’s speaking requests were so numerous that she decided to go on the speaking circuit full time. “Sex Has a Price Tag” has since been translated into 11 languages, won the Charleston Film Festival Award in 1995, and is currently used in the United States, Canada, Mexico, Central and South America, Australia, Ireland, Europe, the Ukraine, Romania, Poland, and throughout Africa.

In 1998 Vision Video and Gateway Films produced the film series “Sex, Love and Relationships” in Santa Monica, California. It won the Crown Award for Curriculum of the Year in November 1999.

Pam’s current videography includes: “Time To Wait For Sex,” “Sex Has A Price Tag 2000,” “Character Matters” (a video for parents) “Sex, Love & Relationships,” and “Take A Look In The Mirror” (a video for girls only).

She is also the Founder of Enlighten Communications, Inc., a organization focused and committed to the betterment of children and families in America and around the world. Enlighten offers a broad new model approach for those desiring to embrace strong character in today’s youth. Enlighten empowers parents, youth leaders and educators to lead informed discussions on sexual abstinence and the benefits it produces.

Pam now travels both domestically and internationally, speaking to over 500,000 teens a year. Surprisingly many of her requests to speak come from teens themselves. She has been a guest on numerous national TV and Radio programs, including appearances on Fox News Network’s “Hannity & Colmes Show,” ABC Radio’s “Sean Hannity Show,” “The Dr. Laura Show,” CBN’s “The 700 Club,” and ABC Television’s “Politically Incorrect with Bill Maher.”

Pam Stenzel is a dynamic, charismatic, and educated expert on sex, love and relationships. She understands the perils that young people face as they make adult choices, and is dedicated to reviving the character and integrity of today’s youth.