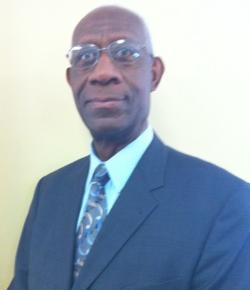 Oatess Archey is a symbolic figure when it comes to breaking barriers and pursuing some of life’s greatest rewards. As his inspirational book is entitled, “Going over All the Hurdles,” his life has been filled with personal hurdles, professional obstacles and racial strife. Born and raised in Marion, Indiana, Archey and his family lived under the cloud of the infamous 1930 public lynching of two young African American males.

During his high school years, Archey received high praise for becoming a star athlete in track and field. His senior year, Archey set a new Indiana high hurdles record that eventually earned him a scholarship to Grambling State University in Louisiana. After earning a college degree, Archey returned to his hometown to pursue a teaching position only to find that Marion, Indiana was not interested in hiring black teachers. Instead of teaching in the classroom, Archey was given a janitorial position with the school system. He later rose to become a beloved teacher and coach, before moving into law enforcement with the Federal Bureau of Investigation.

After serving twenty years with the FBI as a Special Agent, Archey returned home once again to Marion, Indiana to run for Sheriff. He knew it would be a difficult task because the entire state of Indiana had never had a black Sheriff. But to Archey, this was 1999 and he believed that with his experience in law enforcement and his notoriety in his hometown, he could become the first black Sheriff in a town that had been scarred by the 1930 lynchings. Archey won the 1999 election and became the first African American Sheriff in the state of Indiana. He went on to serve a second term and proved that no hurdle is too high to jump over.

Archey lives his life by the quote, “To hurdle means to go over something, but it also can mean to go forward or make progress. All people are confronted with barriers in their lives. Some choose to go around those barriers, while others have no choice but to go over them.” Archey made the choice to go over them all. Now retired, Archey continues to inspire young people around the country through speaking engagements and the teachings from his book. He has been featured on several television programs including the Fox Family Channel series “Courage.” Archey not only went over hurdles in his life but he has taught others how to go over them as well. That is how a life truly makes a difference.