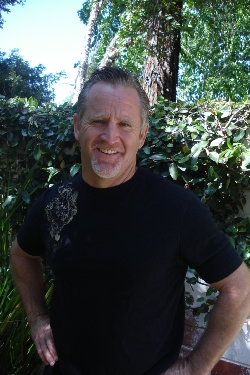 Kevin McConville, a member of the graduating class of 1979, has fond memories of his years at St. Genevieve High School. Number nine in a family of ten children, Kevin grew up in Sun Valley and attended Holy Rosary Elementary School before moving on to high school. He always excelled at sports and, while at SGHS, was First Team All League in baseball in the 10th, 11th and 12th grades as well as First Team All San Fernando Valley and played at Dodger Stadium in the High School All-Star Game. During the 11th and 12th grades, he also played football and was First Team All League both years. In the 12th grade, he was First Team All CIF as well as California Interscholastic Federation (CIF) Player of the Year, First Team All San Fernando Valley. He was certainly in good company as one of his team mates was John Elway.

Kevin’s accomplishments on the field earned him recognition as San Fernando Player of the Year. He led both the football and baseball teams to back-to-back CIF championships in 1978 and became the only San Fernando football player in history to be designated “Player of the Year” to win a championship in the same year in two different sports. Kevin says he was very fortunate to have such great teammates and coaches at SGHS. After graduation, he went on to play baseball at Los Angeles Valley College and was First Team All Metro Conference.

Kevin currently lives in Moorpark and sustains his continued interest in athletics as the owner of Moorpark Fitness, which happens to be just down the street from his home. A loving father, he and his wife Sue have four children, Kelsey, Dylan, Ryder and Bodey. This proud alum often reflects on his years at SGHS as some of the best and most memorable of his life.