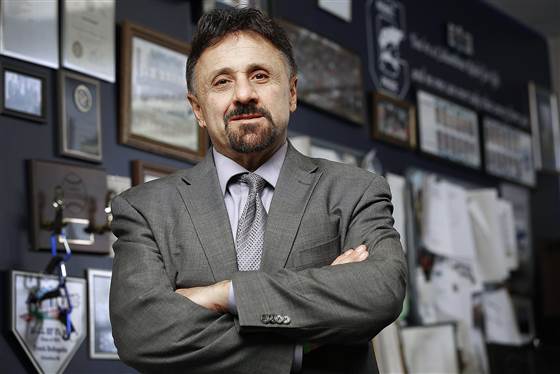 Frank DeAngelis
Frank DeAngelis has been the principal of Columbine High School since 1996, but he began teaching at Columbine in 1979. In addition to coaching the boys baseball team and leading them to two state championships, he helped create the American Studies program at Columbine in 1991, a unique academic course that is a combination of Language Arts and Social Studies curricula.
After the tragedy in 1999, DeAngelis made a pledge to remain as principal until all of the students in Columbine feeder schools at the time had graduated. That promise was fulfilled in 2012, and he continues as principal because he loves the school and its students. DeAngelis has become a symbol of hope and strength for the Columbine community, and communities across the nation have called upon him in times of tragedy and for his insight on school safety. DeAngelis was named the 2013 Colorado High School Principal of the Year, and was a finalist for the 2013 National Principal of the Year. 5280 Magazine also named Columbine High School one of the 20 best public high schools along the front range in it’s 2013 review of education in the Denver Metro Area.

Frank DeAngelis in the press: