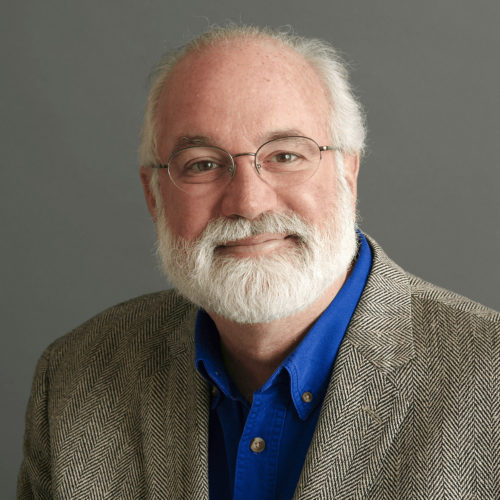 Fr. Gregory Boyle – best known as Fr. Greg by all who meet him – has been an advocate for at-risk and gang-involved youth in Los Angeles, and around the world, for over 25 years. Born in Los Angeles as one of eight siblings, Fr. Greg entered the order of the Society of Jesus (Jesuits) and was ordained a priest in 1984. He received his BA from Gonzaga University, and Master’s degrees from Loyola Marymount University, the Weston School of Theology, and the Jesuit School of Theology.

Before founding Homeboy Industries, Father Greg taught at Loyola High School and worked with Christian Base Communities in Cochabamba, Bolivia. He was appointed as Pastor of Dolores Mission in the Boyle Heights neighborhood of Los Angeles in 1986 where he served through 1992. Following this, Fr. Greg spent time as Chaplain of the Islas Marias Penal Colony in Mexico and Folsom Prison, before returning to Los Angeles and Dolores Mission.

Homeboy Industries traces its roots to “Jobs For A Future” (JFF), a program created in 1988 by Fr. Greg at Dolores Mission parish. In an effort to address the escalating problems and unmet needs of gang-involved youth, Fr. Greg and the community developed positive alternatives, including establishing an elementary school, a day care program and finding legitimate employment for young people. JFF’s success demonstrated that many gang members are eager to leave the dangerous and destructive life on the ‘streets.

In 1992, as a response to the civil unrest in Los Angeles, Fr. Greg launched the first business: Homeboy Bakery, with a mission to create an environment that provided training, work experience, and above all, the opportunity for rival gang members to work side by side. The success of the Bakery created the groundwork for additional businesses, thus prompting JFF to become an independent non-profit organization, Homeboy Industries, in 2001. Today Homeboy Industries’ nonprofit economic development enterprises include Homeboy Bakery, Homeboy Silkscreen, Homeboy/Homegirl Merchandise, and Homegirl Café.

Fr. Greg is also a consultant to youth service and governmental agencies, policy-makers and employers. Fr. Boyle serves as a member of the National Gang Center Advisory Board (U.S. Department of Justice, Office of Juvenile Justice and Delinquency Prevention). He is also a member of the Advisory Board for the Loyola Law School Center for Juvenile Law and Policy in Los Angeles.

Fr. Greg has received numerous accolades and recognitions on behalf of Homeboy and for his work with former gang members.

Father Greg’s first book, Tattoos on the Heart: The Power of Boundless Compassion, was released on March 9, 2010, which received the 2010 SCIBA (Southern California Indie Booksellers Association) Non-Fiction Book Award and was named as one of the Best Books of 2010 by Publishers Weekly.