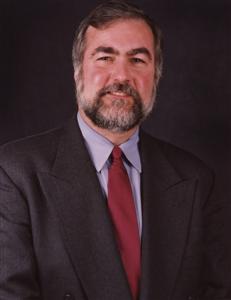 From the refugee camps of Darfur, Sudan, to the poorest villages in India; from the prison cells of Monrovia, Liberia, to the business suites of Hong Kong to Louisiana’s death row, Dr. William F. Schulz has traveled the globe in pursuit of a world free from human rights violations. As executive director of Amnesty International USA from 1994-2006, Dr. Schulz headed the American section of the world’s oldest and largest international human rights organization.

Dr. Schulz is currently a Senior Fellow at the Center for American Progress in Washington, DC, where he works in the areas of human rights policy and religion and public policy, and holds appointments as an Adjunct Professor of Public Administration at the Wagner School of New York University and an Affiliated Professor at Meadville/Lombard Theological School at the University of Chicago. He is or has been a consultant to many institutions and foundations, including the UN Foundation, Humanity United and Simmons College in Boston, Massachusetts. During 2006-07, he served as a Fellow at the Carr Center for Human Rights Policy at Harvard’s Kennedy School of Government.

During his 12 years at Amnesty, Dr. Schulz led missions to Liberia, Tunisia, Northern Ireland, and Sudan and visited other places as diverse as Cuba and Mongolia. He was tailed by Tunisian secret police, threatened with assassination by Liberian warlord Charles Taylor, and his appeal for reconciliation of Protestants and Catholics in Northern Ireland brought tears to the eyes of then Prime Minister David Trimble.

He also traveled tens of thousands miles in the United States, spreading the human rights message from campuses to boardrooms to civic organizations. A frequent guest on television programs such as Good Morning America, the Today Show, Hardball, and Nightline, Dr. Schulz is the author of two books on human rights, In Our Own Best Interest: How Defending Human Rights Benefits Us All (2001, Beacon Press) and Tainted Legacy: 9/11 and the Ruin of Human Rights (2003, Nation Books); and the contributing editor of The Phenomenon of Torture: Readings and Commentary (2007, University of Pennsylvania Press), and The Future of Human Rights: US Policy for a New Era (2008, University of Pennsylvania Press). He is regularly quoted in the New York Times and other national publications. All of this prompted the New York Review of Books to say in 2002, “William Schulz…has done more than anyone in the American human rights movement to make human rights issues known in the United States.”

An ordained Unitarian Universalist minister, Dr. Schulz came to Amnesty after serving for 15 years with the Unitarian Universalist Association of Congregations (UUA), the last eight (1985-93) as president of the Association. As president, he led the first visit by a US Member of Congress to post-revolutionary Romania in January, 1991, two weeks after the fall of Nicolae Ceausescu. That delegation was instrumental in the subsequent improvement in the rights of religious and ethnic minorities in Romania.

Dr. Schulz has served on the boards of People for the American Way, Planned Parenthood Federation of America and the International Association for Religious Freedom, the world’s oldest international interfaith organization. He is currently Chair of the Board of the Unitarian Universalist Service Committee, a member of the Council on Foreign Relations, and of the Board of the National Committee for Responsive Philanthropy.

Dr. Schulz has received a wide variety of honors, including seven honorary degrees (University of Cincinnati, Grinnell College, Lewis & Clark College, Meadville/Lombard Theological School, Nova Southeastern University, Oberlin College, Willamette University), the Public Service Citation from the University of Chicago Alumni Association. and the Distinguished Achievement Award from the Oberlin College Alumni Association. He has been included in Vanity Fair’s 2002 Hall of Fame of World Nongovernmental Organization Leaders and was named “Humanist of the Year” by the American Humanist Association in 2002.

He is married to the Rev. Beth Graham, also a Unitarian Universalist minister. Dr. Schulz has two grown children from a previous marriage.