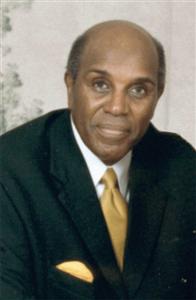 Dr. Gerald L. Durley was born in Wichita, Kansas. He grew up in California and graduated from high school in Denver, Colorado. Being endowed with exceptional basketball skills and a deep interest in improving the civil and human rights of African Americans, Dr. Durley chose to leave the west and venture south to Tennessee State University in Nashville, Tennessee.

While earning a Bachelor of Science Degree in Psychology, playing on a championship basketball team, and serving as student government president, he became very active in the civil rights movement. After graduating, Dr. Durley became one of the first Peace Corp volunteers to enter Nigeria, West Africa. From Africa he ventured to Switzerland where he enrolled in postgraduate studies at the University of Neuchantel. While there, he was invited to play for one of the Swiss National basketball teams.

When he returned to the United States, Dr. Durley enrolled in Northern Illinois University where he again became intensely involved in the struggle for human dignity, and earned one of the first Masters Degrees in Community Mental Health. He assisted in the founding of the Afro-American Cultural Organization whose goal was to teach minorities about their heritage. Upon graduation, he remained in Dekalb, Illinois as an administrator, counselor, professor, recruiter, Director of Black Studies and liaison between Black students on campus and in the town of Dekalb. Recognizing his sincerity for positive change, the U.S. Office of Education invited him to move to Washington, D.C. and become Assistant Branch Chief of Pupil Personnel Services. A compelling desire to be even better prepared dictated that Dr. Durley enter the University of Massachusetts and earn a Doctorate Degree in Urban
Education and Psychology.

The Institute for Services to Education, Inc. invited Dr. Durley to direct many of its major projects working with historically black colleges and universities. He later founded and became president and CEO of Perspectives International, Inc. to produce positive, constructive programs for African Americans and other minority’s communities.

Having been a dedicated educator, an effective psychologist, a nationally sought after motivational speaker, Dr. Durley was gravely disturbed by the decaying moral, social and family value systems throughout the nation. He enrolled at Howard University and earned a Master of Divinity Degree.

Combining the disciplines of psychology and religion, Dr. Durley moved to Atlanta, Georgia and accepted the position as Director of the Counseling Center at Clark College (now Clark Atlanta University). He later became Dean of Student Affairs at Clark Atlanta University. His concern for families and children encouraged him to accept the Executive Directorship of the Head Start Program for Fulton and Douglas Counties in Georgia. Realizing that the spirit and mind must work in concert with the physical body, Dr. Durley joined the faculty at the Morehouse School of Medicine as the Director of the Health Promotion Resource Center.

Pastor Dr. Durley is called upon to address hundreds of civic, political, higher education, and social groups throughout the year on various topics. He is a highly sought after motivational/inspirational speaker.

He has been married for thirty-nine years to his wife, Muriel. Together they have one daughter, Nia, and one son, Hasan. He is the grandfather of four.