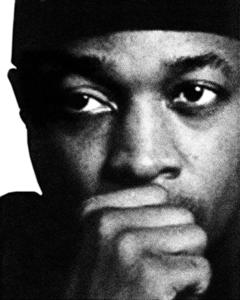 Chuck D is the leader and co-founder of the legendary rap group Public Enemy, the author of two critically acclaimed books, and a political activist, publisher, radio host, and producer.

Chuck D redefined rap music and hip hop culture with the release of Public Enemy’s debut album in 1987. Yo Bum Rush The Show delivered a powerful articulation of the realities facing black people in the late twentieth century. With an unprecedented lyrical eloquence, Public Enemy has continued to stress the importance of history and self-determination in the forward movement of all who have been oppressed. Between 1987 and 2009, with Chuck D at the helm, Public Enemy has released x albums, toured 63 countries, and influenced hip hop communities, social justice struggles, and political activism throughout the world. In 2004, Rolling Stone magazine included Chuck D and Public Enemy as one of the “fifty most important performers in rock & roll history.” In 2007, he was named one of the 100 Most Influential Black Americans by Ebony Magazine.

Chuck D has been featured and/or interviewed in over fifty documentaries on music, technology, politics, and race; he has appeared in numerous public service announcements for national peace and the Partnership for a Drug Free America. He has also been a national spokesperson for Rock the Vote, the National Urban League, Americans for the Arts Council, and the National Alliance for African-American Athletes. In 2006, he hosted ESPN’s Ali Raps about the poetry and politics of Muhammad Ali. For the past five years, he has hosted On the Real/Off the Record for Air America, on which some of the most important musical and political figures of our time have been interviewed. Chuck D continues to make music and to write prolifically on technology, race, politics, rap and soul music, and race in the US.

There are few artists who possess such sophisticated understandings of the music business, entertainment industry, and racial politics in America, and few speakers who can command an audience like Chuck D.