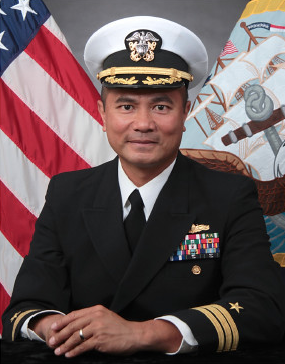 A native of the Philippines and raised in North Hollywood, California, Sumagaysay enlisted in the Navy as an Electronic Technician through the Naval Nuclear Power Program and was a recipient of the Broadening Opportunity for Officer Select and Training Program. He graduated from the University of San Diego with a Bachelor of Arts degree in Business Economics. He holds a Master of Science degree in Systems Engineering with a discipline in Information Warfare from the Naval Post Graduate School.